The war in Bosnia claimed as many as 250,000 lives and displaced 2 million people during the period between 1992 and 1995. 11 years after the ethnic cleansing, the country’s ethnic division still remains. However, it does not stop an innovative peace building effort called the Community Gardening Association of Bosnia and Herzegovina. In their gardens, people meet, work together, and form friendships regardless of their ethnicities. 11year old Emina, a Bosniak, meets another girl, Nada, who is Serb, and they become best friends. Emina’s love for Nada makes her wonder why there was ever a war in the first place, and she starts to explore how she could prevent war from happening again so that they would not be forced to become enemies. . .

Letting Go and Simplifying Your Life 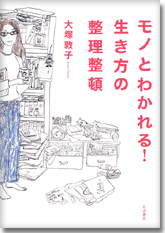 My closet was filled with unopened boxes. I couldn’t even open some of my drawers because I had too many things stuffed inside. Hours of my precious time were wasted in looking for missing items…until I met a professional organizer who helped me change my life. With her tips, I was able to simplify my life and gain greater freedom. I wrote this book for a Japanese audience who could not let things go easily. I hope it will serve as a guide book for those who don’t want to just throw things away.

When Injured Birds Fly -Stories of Children at Green Chimneys

Green Chimneys is a world-renowned treatment center for emotionally injured children, which has been applying the power of nature toward healing since 1947. Many children who come to this upstate New York farm arrive scarred by mistreatment. But they learn to both love and to receive love through the action of caring for animals and plants. This book’s many heartwarming photos of children with animals paint thousands of words of how the loving
connection between them works . It is easy reading for those who are interested in animal assisted therapy, horticulture therapy, or in helping children with emotional and behavioral problems.

This is the Happiest Time in My Life 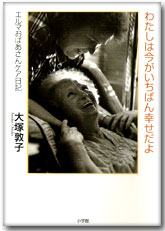 The long awaited adult version of Goodbye, Grandma Erma, which won two Best Children’s Book prizes in 2001, is a personal journal of the author’s time with Erma and her family during her final months of life. It has been recommended by Dr. Shigeaki Hinohara, a leading authority on terminal care in Japan.
“There are many books written about caring for ill or elderly people, but I don’t know of any journal on terminal care which is so warm and real. This book is written with the loving connection between Grandmother Erma and the author. 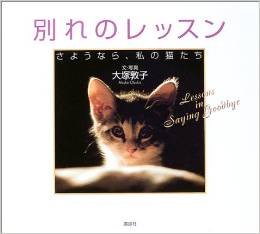 This is a personal photo essay of the author’s life with her two cats, both of which died of Feline Leukemia. It describes her journey from the time when she first learned of the cats’ illness until she came to accept their deaths. Along the way, the author learns that our lives are filled with lessons about how to let go of things that we are attached to.

A Garden That Grows People 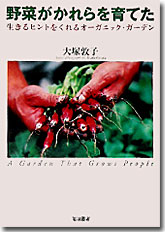 In 1984, The Garden Project: an organic gardening program for the rehabilitation of inmates, was launched at San Francisco County Jail by former jail counselor Cathrine Sneed. Since then, the program has grown into an independent, non-profit organization which helps both inmates and ex-offenders who need jobs to ease them back into society. While practicing organic gardening, they learn to take care of themselves. The community where they came from also heals as the garden grows. This is a two-year documentary which follows the remarkable work of The Garden Project as it strives towards growing people through gardening. 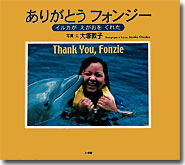 Fonzie the dolphin has an important job: He plays with children who are sick or disabled, and gives them joy and laughter. Children come from all over the world to Island Dolphin Care in Key Largo, Florida where this book is set. It is a facility that provides dolphin assisted therapy, and it offers a safe place where children can just be kids and enjoy themselves. Fonzie is the narrator of the book, and he talks about his work and the lives of the children with whom he plays.

Living with Cats and Dogs in Big Cities 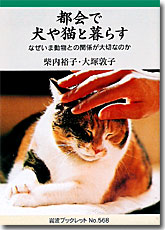 Japan is in the midst of a pet boom, so it has become important for Japanese to learn how to live with their cats and dogs in the crowded neighborhood where most people in Japanese cities live. Dr. Shibanai is a pioneer in promoting human-animal bond in Japan, and she gives many helpful suggestions on how to benefit from living with animals, as they can be the best teachers to both children and adults. 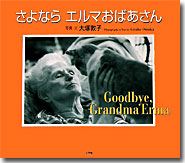 The book is a winner of two Best Children’s Book awards of 2001. One summer, Grandma Erma learned that she had terminal cancer.
The book follows her in her final year, as she writes her family history, says goodbye to people whom she has loved, and prepares for a peaceful departure from this world. Her beloved cat Star Kitty narrates the book, which has been used at numerous schools and reading circles in Japan as a textbook to teach children about death and dying.

Dogs Gave Me the Strength to Live 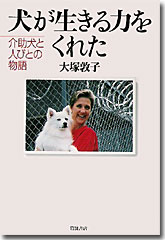 This is a three-year documentary of the Prison Pet Partnership Program at Washington Corrections Center for Women in Purdy, Washington. In this program, inmates rescue dogs from local animal shelters, and train them to be service dogs. The inmates are given an opportunity to give something back to society, and the disabled people who eventually receive the dogs are given a way to live more independently, and the dogs which were once abandoned by humans are not only given another chance to live, but teach inmates — who not only hurt others, but who are also deeply hurt — to trust again.